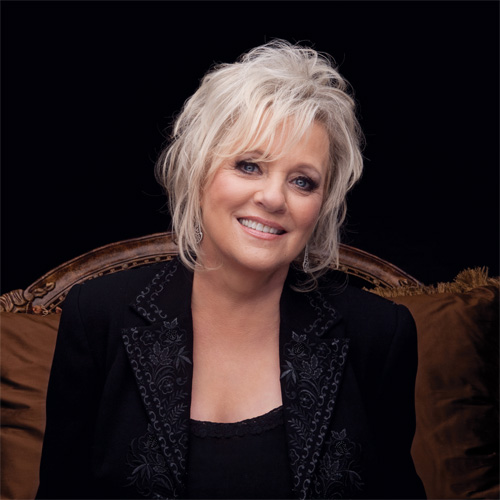 Dolly Parton once noted, famously, that there were just three real female singers around—Barbra Streisand, Linda Ronstadt, and Connie Smith. "The rest of us," she said, "are only pretending." It's less-well known that when Ms. Smith was introduced to Keith Richards, he grabbed fellow Connie Smith fan (and Rolling Stone) Ron Wood and brought him up to meet her, too, exclaiming "She's the real deal!"

What the singers she's been influencing for decades spot in Connie Smith's performances—besides her genius for phrasing, perfect diction and a vocal range which have all long been envied—is her fervent joy in singing itself, her love for the emotional and physical act of letting loose a song, which is as evident on her recordings as it is in front of audiences at the Grand Ole Opry, on RFD TV's weekly Marty Stuart Show, or on the road.

In 2012, Connie’s singular contributions to country music were recognized conclusively when she received the field’s highest honor, induction into the Country Music Hall of Fame. As the Hall’s inductee portrait says of her, "Smith's greatness extends beyond vocal brilliance. It encompasses her song selection, her connection to great musicians (especially steel guitarists), her classy demeanor, and a spiritual bearing that serves as her foundation. Connie Smith is one of country music's most admired artists not because of one of her talents, but because of how they form such a distinct whole."

"I may have put off making a new record for quite a while," Connie says, "but I still love to sing just as much as I ever did. I really feel that it's my destiny; I heard the saying, one time, 'Do what God tells you 'til he tells you something else,' and He hasn't told me anything else yet. So I think I'll still be singing till I hear different!"