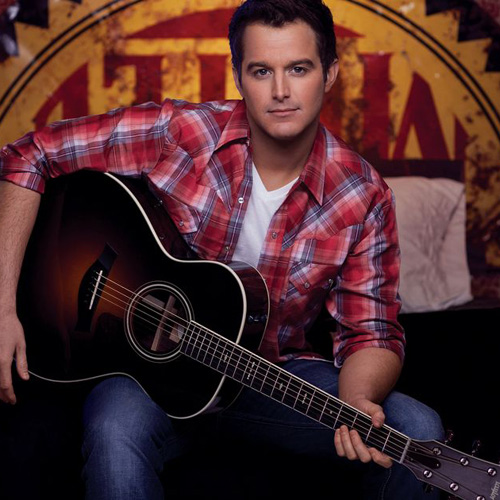 Easton Corbin has found the sweet spot. Like few recording artists today, the rural Florida native has landed on the secret formula for effortlessly mixing contemporary country with the traditional sounds on which he was raised. And that musical alchemy is what defines About to Get Real, his new album on Mercury Nashville.

Easton’s third major-label release, it's a record that is country music for a broad fan base. Like a winning candidate, Easton and his music appeal to young party-minded fans and country purists alike. Radio-ready beats sidle up alongside fiddle and steel guitar, blending seamlessly to create an at once modern and timeless sound. Songs like earnest Top 10 single "Baby Be My Love Song" and the clever take on romance "Guys and Girls" bring country music into the 21st century, not with jarring genre mash-ups, but with the finesse of producer Carson Chamberlain and the maturity of Easton’s textured voice.

"There’s not a whole lot of traditional country music out there today. But what’s great about the country genre is how wide it is—there’s room for everybody," says Easton, proud to carry the torch for traditional country, albeit in his own modern way. "I’ll always wave that flag, but you still have to grow as an artist, not only in the studio but on the stage entertaining as well."