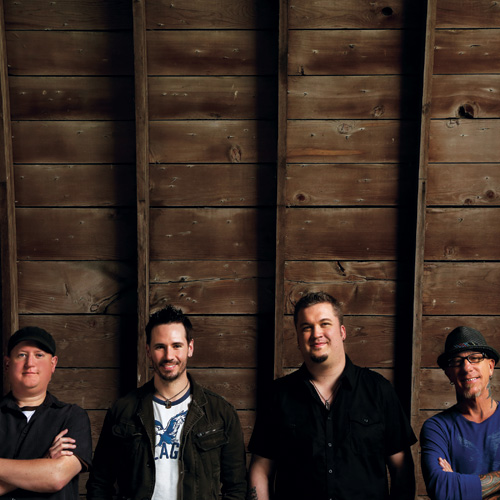 October Road has been racking up the miles since 2004, doing their best to play the most current, and classic, country, pop, and rock cover tunes, while also releasing four albums of their own music! Distance has never been, nor will it ever be an obstacle for the guys, as they've performed as far North as the Canadian border, all the way down to Nashville, TN, with countless cities, towns and farms in between. Their sound has best been described as "Funky Country", as they try to bring a soulful, upbeat approach to all the music they play, regardless of genre, the result of which is folks who say they "don't like country," or "never listen to rock," find themselves tapping to the beat, or kickin' it up on the dance floor before they realize the song being played is the "Type They Don't Like!"

When it comes to their original music, there is only one rule that is applied! The song must have strong lyrics, which the guys feel is often lacking in much of modern music today. With many songwriting idols as their motivation, they aim to craft songs that are relatable, and have an overall sense of purpose.

A staple of music festivals, since the band's inception, the band has performed at Wefest seven times, as well as multiple appearances at festivals such as Ribfest (Fargo, ND), CountryFest (Cadott, WI), Moondance Country Festival (Walker, MN) and Kick'n Up Kountry (Karlstad, MN).