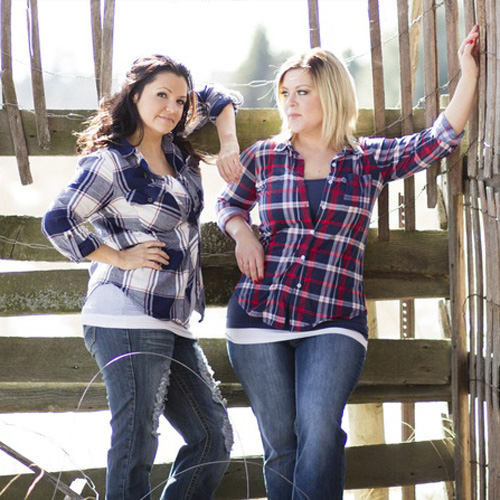 Joleen Lamers of North Branch, MN (Lady Jo), grew up like so many artists today; dreaming of being an entertainer. She often quotes, "I am like Tinkerbell, I need applause to live." Joleen’s first performance was on her front porch. Weekly performances starring Joleen and her solicited sisters, turned in to the local stage you see her on today. Joleen has been chasing her dream for over 16 years. Joleen entered the local music scene in 1996 when she joined a track show – Mirror Image Owned and Operated by Jeff and Reenie Matzka of Matzka Productions. Here she had the privilege of sharing the stage with Hitchville’s very own Matt Kneefe and Jill Hetwer of Shag. Joleen soon became "Famous in a Small Town" as Miranda Lambert so put it. Mrs. Lamers learned a lot about the business and became very attached and self-reliant. Joleen made Mirror Image Variety Show her home for 11 years and turned out to be the longest lasting member in the 24+ years of business.

Joleen decided to go "LIVE" in 2012. She found having a "Live Band" backing her was a whole new ballgame. She had more freedom with the arrangements and music to make songs "her own." She spent the next year and a half singing for various MN bands such as; The Big Twang, Northern Charm, Shelby’s Voyage, Antica Theorem and Purr. Grateful for the experience of the road, something was still missing... CONTROL!! "I say who, I say when, I say who!" That is when Joleen became her alter ego Lady Jo and decided to get serious about building her own empire. The Farmer’s Daughters was Launched (2013).

TFD grew fast in popularity and the demand for a female lead, country band was uplifting and energizing. The Farmer’s Daughters was finally complete when Lindsey Larson of North Branch, MN found her way to a TFD audition room. Joleen was thrilled, as she always envisioned herself working alongside Miss Lindsey Lou… Let’s just say, Jo is a fan.

Respect, love and admiration for each other’s talents. experience and shared goals, will keep these ladies together for quite some time...

Lindsey Lindsey Lou of North Branch, MN joined TFD in 2014. The Farmer’s Daughters may be her first band but she has sung for many years prior. Lindsey Larson’s talents are a “go to” for locals, friends and family. She has experience with weddings, funerals, church and events where she executes our National Anthem. Lindsey is determined to make it to Nashville and TFD is well on their way. Stay tuned.